From Template Wiki, a repository of MediaWiki templates.
Jump to navigation Jump to search

This template allows the addition of explanatory notes to images in the form of actual text (which can also contain links), which is usually more legible than text built into the image – especially if the image is reduced to thumbnail size.

Other uses include cropping an image to exclude unimportant parts and perhaps enlarge important parts, and internationalisation, as the annotations can be changed without changing the image.

All parameters have names; there are no nameless "numbered" parameters.

Two of the parameters, image and imagemap, are mutually exclusive: use one of them, not both.

In the following list, those parameters required by the template are shown in bold.

This template makes internationalisation easy; the text is already separate from the image, so it is easy to translate the text and, if necessary, move pieces of text, as the lengths of the same text in different languages can vary a lot. For example, nl:Sjabloon:Zijbalk mariene extincties, the Dutch version of Template:Annotated image/Extinction, is widely used.

There is one pitfall, although it is mainly about using one browser in the correct way (Microsoft Internet Explorer, of course). Internet Explorer has two ways of scaling up text to ease readability:

You have an image like commons:File:Mona Lisa color restoration2.jpg. But you want to show only a part of the image, say a part of the nose and mouth: 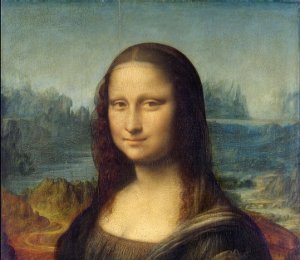 This image has a factual width of 300 pixels (as stored in commons), but this is irrelevant by the use of the template. 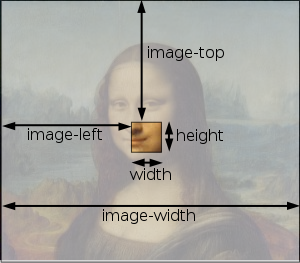 All measures related to image-width, the virtual width you have given to the image (in the example: 2000px)

You can do it with following code:

Subpages (templates based on this template)

This list is automatically generated and updated. Redirects are shown in italics.

The above documentation is transcluded from Template:Annotated image/doc. (edit | history)
Editors can experiment in this template's sandbox (create | mirror) and testcases (create) pages.
Please add categories to the /doc subpage. Subpages of this template.

Retrieved from "https://template.miraheze.org/w/index.php?title=Template:Annotated_image&oldid=44840"
Categories:
Cookies help us deliver our services. By using our services, you agree to our use of cookies.